The 90s were strange times, guys. What if I told you that, besides dressing up as preadolescent lumberjacks, people were making an actual goddamn Hitler sitcom back then? In 1990, Geoff Atkinson and Juliet May unleashed Heil Honey I’m Home upon the earth, a ravenous beast of a sitcom that would cause social justice warriors today to soil their collective pants.

Even though Heil Honey I’m Home somehow unexpectedly got cancelled after one episode, the sitcom remains a cultural treasure worth immortalizing in writing. The Hitler TV show (not to be confused with the Family Guy one) has even been called “the world’s most tasteless situation comedy“, despite its whimsical opening sequence and theme song.

Heil Honey I’m Home starts off with Adolf Hitler and Eva Braun, a young couple of go-getters putting up with the shenanigans of their Jewish neighbors, Arny and Rosa Goldenstein. The sitcom starts off when Hitler proudly brags to Eva that Neville Chamberlain, the British prime minister, will be dropping by for work stuff, and tells her not to let the Goldensteins know about it.

Later, when Rosa drops by, Eva can’t help herself and tells her that someone important is coming over. The Goldensteins invite themselves over at the Hitlers’ in hopes of hooking up Chamberlain with Ruth, their scruffy, possibly mentally challenged niece. Hitler tries getting them to leave by getting them drunk on schnapps, but fails miserably.

When Chamberlain arrives to get Hitler to sign a “Peace for our time” agreement, the jolly Englishman gets along pretty well with the Goldensteins. While the drunken Jewish couple leads the British prime minister around Hitler’s living room in a conga line (let that sink in for a minute), that rascal Adolf hides the agreement in his freezer, prompting Neville to call him a “very, very naughty little Hitler“.

Near the end of Heil Honey I’m Home, Hitler proves himself to be a “nice fuhrer” and signs the agreement. The sitcom ends with Adolf bragging to Eva about how he’s “one slick fuhrer“, implying that he might be up to more hilarious shenanigans. If only Heil Honey I’m Home would have had a second episode so we could know what he was talking about…

Apparently, 8 more episodes were lined up, where the Hitlers would attempt to kill the Goldensteins (presumably with goofy, Wile E Coyote type cartoon violence). However, the show got a huge backlash for “trivializing” Nazism and “exceeding the limits” of what is acceptable comedy. Others compared the show’s lighthearted tone to that of other parody sitcoms like ‘Allo ‘Allo and Hogan’s Heroes.

Despite 3/4 of the cast being Jewish themselves, 1990s UK decided that the show was too controversial, leading Sky to cancel it and eventually landing it at #61 on Channel 4’s list ‘100 Greatest TV Moments from Hell’.

More recently, like all things strange and unsettling, Heil Honey I’m Home gained a cult following on the internet as “that obscure old-timey looking Hitler sitcom“. It’s pretty hard to find an official copy of Heil Honey I’m Home, but there have been plenty of people dedicated enough to put the full sitcom episode online.

What? Look it up for yourself! We’re not your mom.

Shuffled geek gifts... Just for you!

We force the superhero fans we kidnapped and locked up in the RageBear dungeons to keep you up to speed about headlines on the most badass 80's movies, rumors about crazy popular movies, the most wondrous anime tv series reports, stories on seriously fun 80s comedy movies, the weirdest comedy movies news, fresh movie reviews, and interesting good sci-fi movies on the interwebs.

Find out the fresh antics Cell is up to, what glorious stuff the X-Men are doing lately, the seriously cool stuff Obi-Wan Kenobi is doing lately, the most badass news about the Justice League, headlines about all the bizarre stuff Wonder Woman did or seriously majectic high jinks of the Z Fighters, right here!

Want to keep up with the most bizarre funny movies & articles? RageBear.com is the place to get it!

If you're looking for a geek store online to buy yourself the most wicked looking 90s attire and do some serious geek shopping, RageBear.com is the shop to check out!
Anime 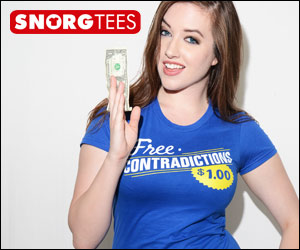