About This Tony Stark action figure

This awesomely real looking Tony Stark action figure is so close to Robert Downey Jr.’s version of Iron Man that it’s uncanny! Every Marvel movie fan remembers how Tony was forced to escape his own mansion in the  Iron Man 3 movie, after terrorists blew it up and kidnapped Pepper Potts, after which his suit ran out of power and he crashed somewhere in rural Tennessee.

While everyone thinks he’s dead, he forms an unlikely alliance with a young boy who keeps him safe from the public eye while Iron Man figures out what’s going on and fixes his gear and armor. Without access to his billions of dollars, mechanic construction robots and fancy equipment, he was forced to get down and dirty and tinker on his stuff by himself. That’s why this one is also called the “The Mechanic” action figure.

This really is a beautifully crafted figure. The detail in Robert Downey Jr.’s face is amazing, and Hot Toys worked a little battle damaged look in there as well, to make it even MORE realistic. Unlike cheaper ones and knock-offs, this one even has a detailed beard, face wrinkles and textured skin!

The statuette-like figure is about 12 inches (30 cm) tall, has about 30 joints that allow you to twist it into the coolest poses you can imagine, a LED arc reactor light on the chest that runs on batteries and comes with many different interchangeable body parts, like:

All pieces, including the head sculpture artwork, are hand-painted and look completely awesome. Also included with this action figure come several different outfits to dress Tony up in, like a white vest, pair of dark, navy blue jeans, his cool white sneakers, and a black zip hoodie that allows him to walk around incognito.

Now, the fun stuff — This Tony Stark action figure comes with a bunch of weapons as well! Included with the figurine comes his cool looking submachine gun, the nail gun he uses in Iron Man 3 and a stun gun. It might not be as cool as a fully equipped armored Iron Man suit, but, hey, he had to make do. Give him a break.

And the add-ons just keep comin’. They even threw in Christmas ornaments, an awesome augmented cognition headset that displays data in a transparent holographic sphere around the action figure’s head, a fancy expensive watch, a backpack, a dont-look-at-me-I’m-just-walking-around-with-a-newspaper-like-a-normal-person newspaper, and some other mechanic stuff he uses to modify and build his gear or walks around with in the movies, like wires and syringes.

With all the add-ons, customizable options and cool gadgets that come with this figurine, and the millions of different combinations you can make with them, there’s no way that any two “The Mechanic” action figures have to look the same!

Get your The Mechanic – Tony Stark action figure now and start customizing!

If you're looking for some wicked geek stuff online to buy someone the world's top superhero toys for boys and do some serious geek shopping, RageBear.com is the store for you! 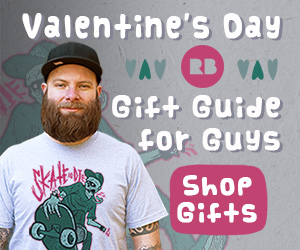