As fans of everything cool and awesome, we obviously like action figures. So we decided to list the very coolest ones from all around the world. The criteria we use to pick which action figures belong here will range from popularity to just plain awesomeness. So, basically, every action figure on this list is either a favorite among fans OR is a figure that’s so awesome that we couldn’t leave it out. Needless to say, there are so many awesome action figures out there that we could build this list to infinity, but for now, here’s our top 10 action figures of all time!

That’s right! We’re starting this list with a Dragon Ball Z (well, Dragon Ball GT) figure! Whether Goku was fighting Baby Vegeta, Super Android 17 or Omega Shenron, even Dragon Ball Z purists have to admit that the Super Saiyan 4 form was pretty awesome, even though it’s “not canon“.

This cool Super Saiyan 4 Goku figure by Shokugan Bandai is 4.5 inches tall and shows Dragon Ball GT‘s Goku in one of his trademark fighting stances. Unlike most action figures, however, this one has no points of articulation. It’s basically just one pose, but at $24.98, it’s a very cool collectible to add to your stash.

Despite only having one pose, it looks totally awesome from all angles and is hands down the coolest SSJ4 Goku figure out there for its price. Unlike lots of other action figures, this one has amazing detail, and it basically looks like a video game character that found its way into real life. A must have for every Dragon Ball fan!

This is easily one of the coolest Batman action figures out there. From the amazing detail they put into the leather textures in his outfit, to the awesome steampunk gadgets and old-timey technology, to the absolutely badass weathered cape, Square Enix succesfully merged two icons of badassery into one action figure you wouldn’t want to mess with. Except, you totally can, because it’s super poseable! Which means you could put it on its display stand and turn it into the world’s most badass ballerina… if you’re into that.

Fans of the more scruffy looking recent Incredible Hulk comics, rejoice! For just $27.78, you can now get your Barbarian Hulk figure from Marvel Select!

After being separated from Bruce Banner with the help of Dr. Doom, the Hulk finally got to do all the stuff that Banner wouldn’t let him do, like dress up in loin cloths instead of purple pants and finally growing a bitchin’ goatee.

This action figure was sculpted by Jean St. Jean and looks totally badass.

This Hulk action figure is actually pretty big, at 10 inches tall, which totally works for the character and makes it more menacing. It has 16 points of articulation, which makes it extremely poseable, and features cool details in different materials, like his hair, facial hair, and his loin cloth. All of these are made of more flexible, thinner plastic than the actual figure, making it more lifelike.

But what really makes this action figure totally awesome is the great sculpting of his facial expression and the veins on his muscles. Man, this guy looks like he could burst into some serious roid rage at any given moment. Great as a poseable figure and for scaring small children!

Next up is this cool Play Arts Kai Akuma action figure from Square Enix! As huge Street Fighter fans, Akuma was always one of the most badass characters in it, kind of like Street Fighter‘s version of Dragon Ball Z‘s Vegeta. That kinda cool. So finding this figure was like a gift from the heavens!

Part of the Play Arts Kai series, these action figures are basically larger and more detailed versions of Square Enix’s Play Arts series. They have lots of points of articulation and come with plenty of additional replacement pieces.

Limbs might be fragile and fall of with rough play, but on the other hand, the joints of the Play Arts figures allow you to put them in lots of cool poses that other action figures can only dream of!

As with most Square Enix figures, the detail is just amazing, from the different tones in the textures of his clothing, to the shadows painted in his menacing face, to the shading on his muscles. This figure is not so much something you play with as it is a work of art come to life. It’s best suited for collectors or people who want a cheaper, poseable alternative to statues, though.

That being said, it’s easily one of the most badass looking Akuma figures you’ll come across, and a must have collector’s item for Street Fighter fans!

Our number six is this awesome Play Arts Kai Supergirl action figure from Square Enix‘s DC Comics Variant series! Released in 2014, along with her cousin, Supes, this one caught our eye, not only because Square Enix has the uncanny ability to make their female action figures look totally hot without going over the top with it, but also because it looked like a mashup of DC Comics and a Final Fantasy character.

Only adding to this comparison is the fact that this figure comes with a sword that makes it look like a character that could seriously kick Super Mario‘s ass in Smash Bros or something.

Opinions differ on this, but we think the armored bits of this figure are a cool spin on the regular Supergirl outfits that we’re used to, and they did a great job sculpting these. The armored plates on her boots and elbows also double as a clever way to hide the figure‘s joints, which makes it ideal to pose in lots of different ways, along with all the replaceable parts and facial expressions that come along with it. Ideal for Supergirl fans and sexually frustrated teenagers.

Shuffled geek things... Just for you!

Geeks unite! We keep you up-to-date about reviews on all the weirdest comics, lists about weird superhero tv shows, the most amazong sci-fi movies rumors, scoops on glorious science fiction movies, all the latest popular superheroes articles, majestic science fiction comic books, and the most bizarre popular movies from the geekiest corners of the universe.

Check out the awesomely funny antics C3PO is up to, the latest trivia about the Suicide Squad, what's new with Goku, awesome adventures of the Avengers, headlines about the most awesome things that happened to Ted or the coolest shenanigans of the Guardians of the Galaxy, right NOW!

Want to keep up with interesting funny comics & trivia? RageBear.com is the place to be!
From RageBear's supervillain lair in outer space, we invade your planet with the most awesome superhero merchandise, glorious superhero stuff, the world's top horror movie statues, badass movie stuff, the best geek toys and gadgets, magnificently sweet superheroes stuff, the most rare videogame collectibles, seriously sweet superhero collectibles, the sharpest superhero toys, glorious geek stuff and the world's most rare video game action figures on the interwebs.

If you're looking for some wicked geek stuff online to grab a awesomely fun looking superhero figurine and do some serious geek shopping, RageBear.com is the shop to check out!
Movies 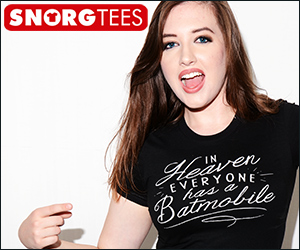