"Freddy Got Fingered" on Amazon

In Pee-Wee’s Big Adventure, the first full-length movie directed by Tim Burton, Paul Reubens plays Pee-wee Herman, a strange, eccentric man-child, not unlike a Mr. Bean on some serious crack. The movie’s plot starts off when Pee-wee’s prize possession (and possibly intimate lover), a heavily tricked-out bicycle, gets stolen.

He suspects that Francis, his neighbor, stole it, but Francis disposed of the evidence and shipped the bike away. After a hack psychic tells him his bike is “in the basement” of the Alamo, he basically tells his somewhat hot friend Dottie “screw you, I’m goin’ to Texas” and decides to hitch-hike there. On the bizarre, trippy quest for his bike, he runs into all kinds of weirdos.

WARNING: This movie features childish, immature slapstick antics, so make sure to watch it!

The movie is basically set in some kind of children’s TV show universe (probably because Pee-wee had one of those). Things tend to happen there that wouldn’t happen in the real world, is what I’m saying. Danny Elfman‘s soundtrack and the goofy 80s effects only add to the otherworldly vibe. Pee-Wee’s Big Adventure is okay for kids, but we’re pretty sure it was really meant for adults to watch high.

Heavy Metal is an 80s science fiction / fantasy movie, one of the first of its kind when it was released. The movie is an animated compilation of different stories from Heavy Metal, a comics magazine pretty much dedicated to anything that makes a good excuse to draw boobies and cool stuff. Heavy Metal gained a cult following and would inspire many parodies, even inspiring South Park‘s Major Boobage episode.

The many different stories in the movie are connected by one thing, the Loc-Nar. Worshiped by some as a god, a cool collectible or a precious jewel, the green ball of concentrated evil impacts everyone who comes into contact with it – it causes wars and transforms people into violent mutants, but the primary victims of pure evil seem to consistently be women’s clothing and good manners.

WARNING: Passive-aggressive people with no sense of humor thought it was “sexist and juvenile“, so make sure to watch it!

Boobies and violence. Best. Plot. Ever.

Heavy Metal‘s 80s animation may be old, but it still looks awesome today. This movie throws everything at you, from flying dinosaurs to mutants to aliens to robots to boobies. So much boobies. The movie also pretty much has a soundtrack fit for an early 80s stoner‘s acid trip, with the likes of Black Sabbath and Sammy Hagar accompanying all the boobage and explosions. In fact, everything about Heavy Metal makes it a great movie to watch high.

"Freddy Got Fingered" on Amazon

There’s no way you can make a “best movies to watch high” list without having Tom Green on it somewhere. Those who are familiar with what he does know the comedian/writer/actor/producer as some kind of real life cartoon character that gets caught up in all sorts of wacky shenanigans. Or as a prolific white Canadian rapper who busts some seriously catchy rhymes. Anyway, Freddy Got Fingered is basically Tom Green doing what Tom Green does best – weird stuff.

Just another day on the job for Tom Green.

WARNING: This movie won the Golden Raspberry Awards for Worst Screenplay, Worst Actor, Worst Director, Worst Screen Couple and Worst Picture, so you kinda have to watch it!

Did you not see that picture of him playing the sausage piano there? I mean. Come on. That scene alone makes it one of the best movies to watch high. Incidentally, you can watch it for 10 hours straight on Youtube. Because of course you can.

Kevin (Harry Enfield) and Perry (Kathy Burke) are two desperate teenagers with only one thing on their mind: losing their virginity. Okay, maybe two things: they come to the conclusion that, in order to get laid, they have to become top DJs. They get awarded a pile of cash after accidentally stopping a bank robbery and they decide to travel to Ibiza, where women will sleep with anyone and they can finally make it big as internationally recognized DJs.

Sadly for them, Kevin’s parents insist on joining them on their trip, which results in a bunch of embarrassing, but sexy shenanigans. In Ibiza, Kevin and Perry fall for Gemma and Candice, basically female versions of them. In order to win the hearts of the two wenches, they set off on a quest to convince superstar DJ Eyeball Paul of their musical talents in hopes that he will turn them into superstar DJs like him, and are forced into a bunch of humiliating, hilarious missions…

Kevin, one of Harry Enfield‘s popular TV show characters, is the walking stereotype of a stupid, stupid teenager, who might also be stoned 200% of the time.

The soundtrack to this movie is the exact opposite of Heavy Metal, earlier on this list. It’s mostly upbeat music from 2000s dance charts and fits perfectly with the whole DJ-ish vibe. Whether that’s your thing or not, the absurd humor and wacky characters in this movie more than earn it a mention as one of the best movies to watch high.

Any stoner not familiar with Frank Zappa should be. Many know him as an enigmatic figure whose body of work is commonly regarded as a mixture of incomprehensible musical genius and juvenile random nonsense infused with dick jokes and silly noises. Many musicologists’ heads exploded, trying to categorize his music into any one genre, and to this day, it continues to baffle and amaze them.

200 Motels, directed by Zappa himself, follows him and his band, The Mothers of Invention, on the road. It has no distinguishable storyline and randomly iterates between strange cutscenes consisting mostly of nonsense, and equally strange concert footage. The little bit of story that IS present in the movie centers mostly around having sex on the road, and the bassist leaving the band because the music was too wacky for his tastes.

Only to be trapped for eternity in 70s VFX hell.

WARNING: This movie can seriously cause epileptic seizures. For real. This is no joke. Get it here if you want to see your friends crawl around on the floor for about 98 minutes, begging for a god to help them.

Besides the fact that Frank Zappa’s music is specifically designed and composed to make people’s faces melt, 200 Motels was made in the 70s. You know what was relatively new in the 70s? Basically all special effects. And boy, do they play around with them. Every single scene is a direct assault on all your senses, perhaps even some you didn’t realize you had before.

The movie has been called a “surrealistic documentary”. More like a pot-umentary, if you ask us. This movie is definitely one of the best movies to watch high.

Shuffled geek products... Just for you!

From RageBear's superhero headquarters deep below sea level, we keep you up-to-date with lists on the most awesome good movies, rumors about captivating good funny movies, seriously majectic good 80s movies trivia, reports on magnificently crazy anime comics, the most awesome comics articles, bizarre cool funny movies, and the most wicked science fiction movies from the most nerdy corners of the internet.

Read the gloriously cool shenanigans Vegeta is up to, the latest fun antics the Avengers are up to, stories about all the seriously awesome stuff Wonder Woman did, fun exploits about the First Order, the wicked cool adventures Bulma is up to or what weird stuff the Guardians of the Galaxy are doing lately, TODAY!

Want to keep up with the most magnificent science fiction comic books & headlines? RageBear.com is where to find it! 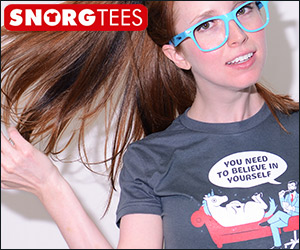 If you're looking for an online geek store to do some serious geek shopping, RageBear.com is where you'll find it!
Cool Stuff