So, let’s say you find yourself high as a kite with an afternoon to waste, and you’re looking for the very best movies to watch high. We don’t judge. Maybe you came back stoned from a school trip to the glue factory. Maybe you’re a DEA agent on a permanent contact high. Maybe you’re just trippin’ balls because someone threw you mouth-first into a poppy seed bagel factory. You poor thing.

"Ghost With The Most" by AustinJames - Get the shirt

Aaaah, Beetlejuice. This wacky movie tells the story of a young-ish (this is usually hard to tell in 80's movies) couple, Barbara and Adam Maitland, who realize they are no longer among the living, and are now unable to leave their house. To make things worse, it then gets sold to the Deetzes, who want to change everything about the house they worked so hard at.

Since they can’t leave the house themselves, they decide that their best option is to scare the obnoxious family out of their home… And they fail hilariously at it! Eventually, they decide to contact Betelgeuse, a deranged ghost who specializes in exorcising the living… Which leads to HILARIOUS consequences!

You know what, kids? We’re not gonna spoil the rest for you. Get the movie here and check it out for yourself!

I mean. Just look. Look at it.

Good movies to watch while high need several things — wacky characters, a plot that doesn’t really matter, lots of movement, and preferably people who are, themselves, pretty baked. This movie fits them all! It’s directed by Tim Burton — you know, that guy who takes scary stuff and turns them all weird and trippy, so there’s that. All movies you watch high also need otherworldly music, and Danny Elfman (of course) provides the perfect soundtrack for that.

But what really makes this movie awesome is Michael Keaton, who weirdly hasn’t changed at all between this and Birdman. It’s also filled with juicy 80's special effect goodness. Whether you’re an 80’s kid or you just missed that boat, this movie mixes nostalgia with one-of-a-kind comedy, making it one of the top movies to watch while high.

"Ticked Off Trannies With Knives" on Amazon

No list of great movies to watch high is complete without trannies. Preferably ticked off ones. With knives. Thankfully, movie maker Israel Luna realized this and filled that void in 2010 with “Ticked-Off Trannies With Knives“. Several organizations that professionally obsess over people’s Longfellows and coin purses got really offended by it, so you know it’s gonna be a good watch!

The movie starts when trans women Rachel Slurr, Emma Grashun and Bubbles Cliquot are attacked. A gang of violent thugs is hellbent on killing Bubbles after their leader, Boner, found out she was transgender during a hook-up. Two of her friends eventually get killed and Bubbles is left for dead. When she wakes up from a coma and learns of her friends’ deaths, she and two other trannies vow to learn martial arts and take revenge…

WARNING: This movie gets hilariously violent and graphic at times, so make sure to watch the hell out of it!

The plot of this movie isn’t so much a storyline as it is an excuse to let trannies beat people up. Which is exactly what you need in a movie to watch stoned. The violence is so cartoonishly unrealistic that it becomes hilarious and the movie’s use of horrible puns and one-liners is also bound to kick in the door to your heart.

We’re also pretty sure that this movie was written by having a bunch of totally baked guys watch Sex and The City and a bunch of stoned chicks watching The Expendables, and telling them to write down what they saw. We can’t confirm 100% that this is how this movie happened, but there’s basically no way it didn’t. And that‘s why “Ticked-Off Trannies With Knives” is one of the best movies to watch high.

The next movie you should watch high is Scott Sanders‘ Black Dynamite, the grooviest action comedy movie the 2000s had to offer. The movie is set in the 70s and revolves around a CIA agent, Vietnam veteran, martial artist (of course) and ladies man called Black Dynamite, who’s determined to rid the streets of the gangsters and drug dealers who killed his brother (yes, from the same mother).

… Except the ones dealing the good stuff.

His investigation into his brother’s death leads Black Dynamite to rain down sweet, hilarious, one-lining justice on the local drug dealers, all while womanizing foxy ladies left and right. But after taking out the trash in his own town, he finds out that the smelly 70s weed filled rabbit hole of crime goes a lot deeper than he first thought.

A ridiculously funny series of funky showdowns ensues with crime lords ranging from a Stevie Wonder wannabe to a Kung Fu master to goddamn president Richard Nixon himself, as they unravel a devious plot by The Man to shrink black men’s Little Richardses.

WARNING: This movie features sexy nudity and terrible deadbeat dad jokes, so make sure to watch it!

Black Dynamite is a perfect movie to light one up to because it takes you on a time trip to a simpler, more mustached time, where nobody really cared if everybody was totally baked. Another thing that makes Black Dynamite one of the best movies to watch high is the soundtrack. Adrian Younge gave this movie some of the trippiest, grooviest psychedelic-style 70s funk music to go with all the epilepsy-inducing patterns and way too bright colors the 70s had to offer.

Lastly, if you’re not too high when you watch it, Black Dynamite is a great movie for learning how to trash-talk, 70s style. You never know when that will come in handy.

"The Big Lebowski" on Amazon

Back in the 90s, the Coen Brothers unleashed The Big Lebowski on the world – and with it, the Dude, arguably the most most lovable lazy stoner known to mankind. Two thugs break into Jeff “the Dude” Lebowski’s home to collect money. Pissed off because they’re in the wrong Lebowski’s house, one of them urinates on the Dude’s rug. This causes the Dude to steal a new rug from the other, “Big” Lebowski.

Later, the Big Lebowski’s wife is kidnapped. After different thugs threaten the Dude for ransom and find out they also have the wrong Lebowski, they take the Dude’s new rug. Eventually, the Dude and his friends agree to deliver the ransom money for the Big Lebowski, but they decide to give the kidnappers a fake briefcase and keep the money for themselves, landing them in a lot of paranoid, hilarious trouble…

WARNING: This movie features grown men violently intimidating children, so make sure to watch it!

The Dude is basically the prototype of a lazy slacking stoner. He’s the guy you see picking up a six-pack at Walmart at 2PM in a bathrobe and slippers. You may nod disapprovingly, but you secretly wish you were him. Also, like all good movies to watch high, it’s fun to watch whether you know what’s going on story-wise or not.

Lastly, the music is just perfect. From Kenny Rogers to Bob Dylan to Captain Beefheart, basically every song you’ll hear is either written by stoners or meant for stoners, and accompanied by trippy dream images. If anything, the soundtrack alone earns The Big Lebowski a solid ranking as one of the best movies to watch high.

"The Room" on Amazon

In 2003, Tommy Wiseau decided to make a romantic drama about psychological abuse, love-triangles and suicide, but accidentally ended up creating an otherworldly comedy that would change the world forever. The story revolves around Johnny (played by Wiseau himself) and his fiancée Lisa. Despite their seemingly perfect life together, Lisa decides that Johnny is too boring and seduces his best friend, Mark.

They have a complicated affair behind Johnny’s back, where Mark repeatedly tries to break things off, but keeps ending up in bed with her. All the while, Lisa keeps Johnny in the dark about what’s going on, as she still wants all the material things he gives her. Later, when Johnny loses out on a big business deal, she turns full-on sociopath and begins a quest of false accusations, slander and lies to destroy the poor guy.

WARNING: This movie features random chicken impressions for inexplicable reasons. Make sure you watch it!

The Room has gained a huge cult following, despite Entertainment Weekly calling it “the worst movie ever“. It also led several internet people to believe that Tommy Wiseau is an actual alien, on account of the fact that he sounds like a French martian who learned English by watching Jackie Chan movies. Johnny also has the emotional range of a stoned giraffe trying to pass itself off as a human.

The Room even compelled the internet to turn it into a video game, and it’s the best thing ever. Just about everything about this movie is weird and horribly great, making it the best movie to watch high.

Look up the seriously fun exploits Champa is up to, what cool stuff the Guardians of the Galaxy are doing lately, the bizarre stuff Poe Dameron is doing lately, fresh monkey business of the Suicide Squad, the wicked cool mischief Beerus is up to or the latest weird antics the X-Men are up to, right NOW!

Want to keep up with all the most badass movies & articles? RageBear.com is where to look!

Buy yourself a seriously sweet funny watch, get your hands on a wonderfully sassy movie shirt, a majestic geek toy, a hilarious movie collectible, an awesome funny onesie, a majestic funny keychain or a stunning movie t-shirt , TODAY!

If you're looking for some wicked geek stuff online to gift someone a magnificently sweet funny watch and do some serious geek shopping, RageBear.com is where you'll find it!
Cool Stuff 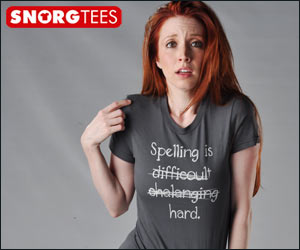 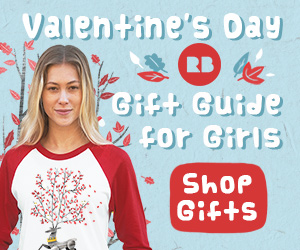