The Term Sci-Fi – An Origin Story!

"The Best of Amazing Stories: The 1926 Anthology", available on Amazon

Back in 1926, an electronics entrepreneur by the name of Hugo Gernsback helped define science fiction by founding Amazing Stories, a magazine dedicated to stories that were “75 percent literature interwoven with 25 percent science”. He baptized the genre “scientifiction” and also called it “science fiction“, but only the latter would catch on. The magazine helped fans of the genre connect and helped form the movement we know as science fiction fandom today.

Originally, when writers like H.G. Wells used the term science fiction, they used it to refer to stories that had known facts and hard science as a foundation. To them, science fiction had to be at least plausible and based in reality, in contrast with fantasy literature, where the laws of physics and normality didn’t really matter.

But Robert A. Heinlein‘s (Starship Troopers) definition of science fiction probably describes it best as we’ve come to know and love it over the years. He claimed that good science fiction should be “realistic speculation” about what the future might look like, based on solid knowledge of the real world and science. Rod Serling (Planet of The Apes) adds that – “Fantasy is the impossible made probable. Science fiction is the improbable made possible.”

Back in 1954, Forrest J Ackerman was supposedly the first guy to figure out that he could make science fiction sound cooler by following the example of the term “hi-fi“, which popped up in the 40s. Kinda makes you wonder how it took humanity an entire decade to come up with it, but the term sci-fi was finally born!

Yeah, Yeah. But What Is Sci-Fi?

By the 70s, once sci-fi became part of popular culture, the term became synonymous with low budget B-movies, badly choreographed fighting scenes and ridiculous movie monsters. Pop culture critics and other kinds of snobs would end up using the term sci-fi for stuff they didn’t think was worth the glory of fully formed words.

Workplace violence was very common in the early sci-fi business.

Sci-fi, to 70s critics, was basically like a younger, mentally challenged brother of serious science fiction, in that aspect. The kind of little brother that always runs into stuff face first, dressed in his finest geek attire. Later in geekdom history, however, the terms sci-fi and science fiction would become pretty much interchangeable, so it’s pretty safe to define them as one and the same today.

So, if we want to define sci-fi (and all of science fiction, for that matter), let’s say the main characteristic of sci-fi is that it revolves around describing alternative worlds, while giving rational, scientific explanations for them. Sci-fi justifies its imaginary elements in a framework of existing scientific and physical laws, where the fantasy genre isn’t bound to that limitation.

This is often expressed in the form of some “suspension of disbelief” mechanism, where a sci-fi writer will explain the science, history or evolution of any fictional elements in the story. Examples of this are opening credits telling a background story, flashbacks, or characters guiding the protagonist through the fictional world, allowing the writers to explain stuff to the audience.

Sci-fi might be set in an alternate timeline that runs parallel to our own. Sci-fi writers might come up with an alternative, fictional history that resulted in a vastly different present day. They can also speculate what tomorrow will look like, how our present circumstances might evolve, and set their story in a fictional future based on their predictions.

"The Mole People" via Amazon

Space. Everything is cooler in outer space. Besides using time travel to justify totally awesome surroundings, sci-fi writers might create a fictional setting for their stories in far away galaxies or presently undiscovered territory, like underground structures populated by mole people, or cool floating cities in the sky. Basically everywhere but that boring old earth’s surface.

Sci-fi wouldn’t be sci-fi without cool fictional life forms. Who wants to look at boring humans travel through space and time, when you can have aliens, robots, mutants or cyborgs do that, right? Sci-fi writers might justify the existence of these life forms by describing how they evolved from human biology, possible existence in other worlds, or how evolution in technology created them.

So you have cool cyborg space aliens on a far away planet, somewhere in the future. The obvious next step, as a sci-fi writer, would be to give ’em weapons, right? Thankfully, sci-fi has you covered there! Everything’s possible, from light sabers to star gates to chainsaw arms. You can bet that in any good sci-fi story, someone will make sure every character has some cool gadget that you, savage primitive, will never have access to!

Science in sci-fi? You don’t say! In order to allow for every previously mentioned characteristic, sci-fi has to contain scientific discoveries that differ from science as we know it today. New fictional scientific revelations might justify the presence of things like wormholes, weird scientific anomalies or cool stuff like hyperspace time travel. Whatever sounds science-y enough.

Another cool thing about sci-fi is that all this scientific progress, made by ray gun wielding cyborg aliens in outer space, allows for the writer to think about how all of that would change society’s power structures from what we know today.

We could have a dystopian post-apocalyptic setting where it’s every man for himself. Or a system where an omnipresent government is in charge of everything, from wiping your bottom to tying your shoelaces. Or, less terrifying than that, a planet where monkeys keep humans as pets.

What Is Sci-Fi? You Decide

So what is sci-fi? What makes sci-fi? Much more could be said about this, many more sci-fi definitions could be thrown around, and plenty of people have already done that. Sci-fi already has a nearly infinite amount of subgenres and specializations, and it has successfully invaded many other genres of fiction and stolen the hearts of their fandoms.

But one thing is certain – it’s you, the fans, who will decide what the future of sci-fi will look like. Sci-fi fans are like voters in the world’s most awesome, and socially awkward, election, and it never ends.

So, don’t forget – if you enjoy a specific genre of sci-fi, if you like that obscure anime about making bread, or they cancelled that one cool tv show you think really has potential, it’s easier now than ever to support the creators of it. It’s up to you to make sure that these treasures of sci-fi geekdom will be preserved for our most nerdy posterity!

They depend on you!

Shuffled geek merch... Just for you!

From RageBear's supervillain lair in outer space, we invade your planet and keep you informed with lists on all the weirdest superheroes movies, headlines about insane popular movies, the most awesome famous 80s movies trivia, stories on majestic superhero comic books, the most hyped up comedy tv series reports, badass good animated movies, and the most awesome 80s comedy movies from all around the web.

Find out news about all the savvy stuff Grumpy Cat did, all the latest exploits the Justice League got into, what's new with The Joker, the most fun reports about the Avengers, the crazy stuff Groot is doing lately or crazy adventures about the Z Fighters, right here!

Want to keep up with the strangest blockbuster movies & rumors? RageBear.com is where it's at!

We force the superhero fans we kidnapped and locked up in the RageBear dungeons to collect all the world's most badass movie t-shirts, wicked looking geek clothing, the sweetest geek tees, glorious cheap geek stuff, the most awesome awesome geek stuff, out of sight geek wallets, the most magnificent geek decor, fabulously clever geek fashion, all the rarest geek stocking stuffers, fun geek apparel and the most wicked movie accessories from the most nerdy corners of the internet.

If you're looking for some wicked geek stuff online to get the most seriously majectic cheap geek stuff and do some serious geek shopping, RageBear.com is the store for you!
Cool Stuff 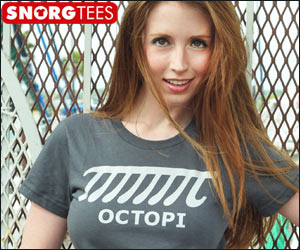 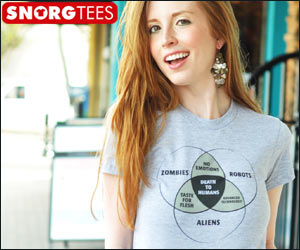